Hire a Legal Team You Can Trust
Schedule a Consultation 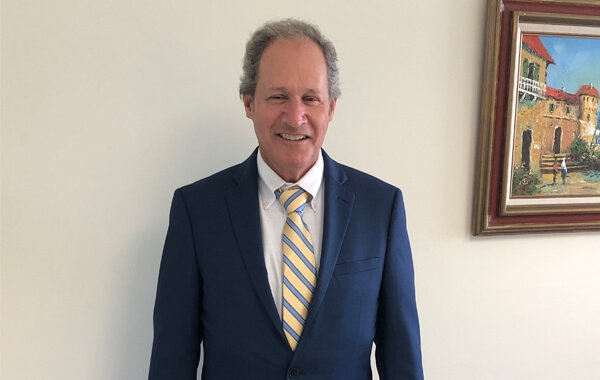 After earning my B.A. from Penn State University in 1980, I headed south to study law at the University of Miami. Three years later, I had my Juris Doctor and was admitted to the Florida Bar. At that time, I made every effort to hone my craft as an attorney — not only in terms of skill but also concerning the general well-being of the clients I served. With a little hard work, I continued to excel in my skillset as I worked with a medium-sized firm in the area. As time went on, the idea of starting my own practice began to resonate, but I had not yet developed the courage to just go for it. Apparently, it was something other attorneys were thinking about, too. Soon, our medium-sized firm dwindled down to three attorneys. Three attorneys became two. Two became one: me. As the last man standing, I knew it was time to finally strike out on my own and I opened my firm in 2006. With over 30 years of experience and nearly half of that being on my own, I can firmly say that I know what it takes to efficiently represent the people of Coral Gables, Florida and surrounding areas.

There are three areas of law that I practice: personal injury, traffic law, and divorce. Whichever area you need my help with, you can rest assured that I have your best interest at heart and will do my best to position your case for success. In addition to being a Florida certified mediator for the last 20 years, I am also a traffic hearing officer/magistrate in Broward County for the last 10 years.

Simply put, I care about the people and want to help them move forward in life.

People get hurt — it happens. When injuries are caused due to the recklessness and negligence of others, however, justice should be sought after. In my experience, I've helped countless people in the Coral Gables area receive full and fair compensation for their injuries. There are several types of personal injury areas out there. Here is a list of the types of cases I handle:

A lot of times, traffic tickets can be a simple fix. Other times, they can cause major problems and put your entire livelihood at risk. Whichever end of the spectrum you're on, I have the experience you need to help. The areas of traffic law I practice include:

When you and your spouse make the decision to go your separate ways, there can be plenty of feelings of uncertainty. My goal is to help your split be as drama-free and as amicable as possible.